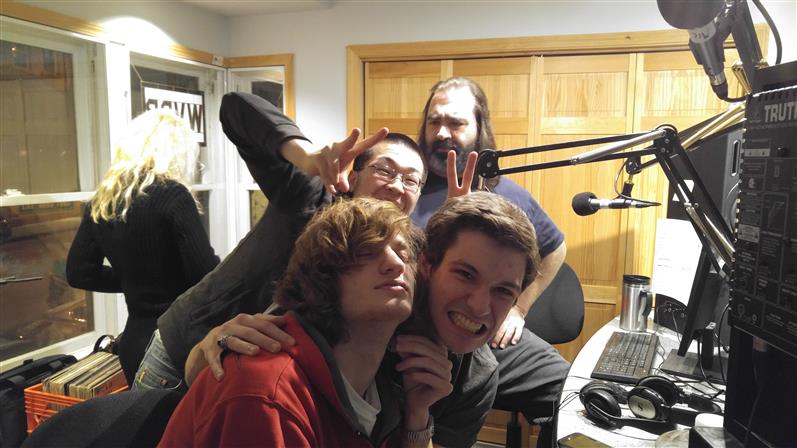 Present were, EVD, Nathan, Justin / Twelve Inch, and, Kevin. There was a lot of music played inspired by, for, and about, H.P. Lovecraft, as, this coming Wednesday, would mark the seventy ninth year of his death, there was even a recorded reading of one of his stories, "The Music Of Erik Zahn". As Kevin has been here several times now, and nothing bad at all has happened to him, it was decided that it was high time we remedy that. He was given a choice of three things to pick from, The Pooh Stick, Dave's Beard, or, Crappy The Clown's boxers. He picked The Pooh Stick. Then they told him that meant he would have to play the game "The Pooh Stick Goes Where?". Justin attempted to insert The Pooh Stick in various places. Dude, if you only knew where else that thing has been! There was a segment of Movie Time, in which we learned that Kevin and Tim would get along very well, as the movie he reviewed was a sensitive, coming of age movie, which he said made him cry twice...