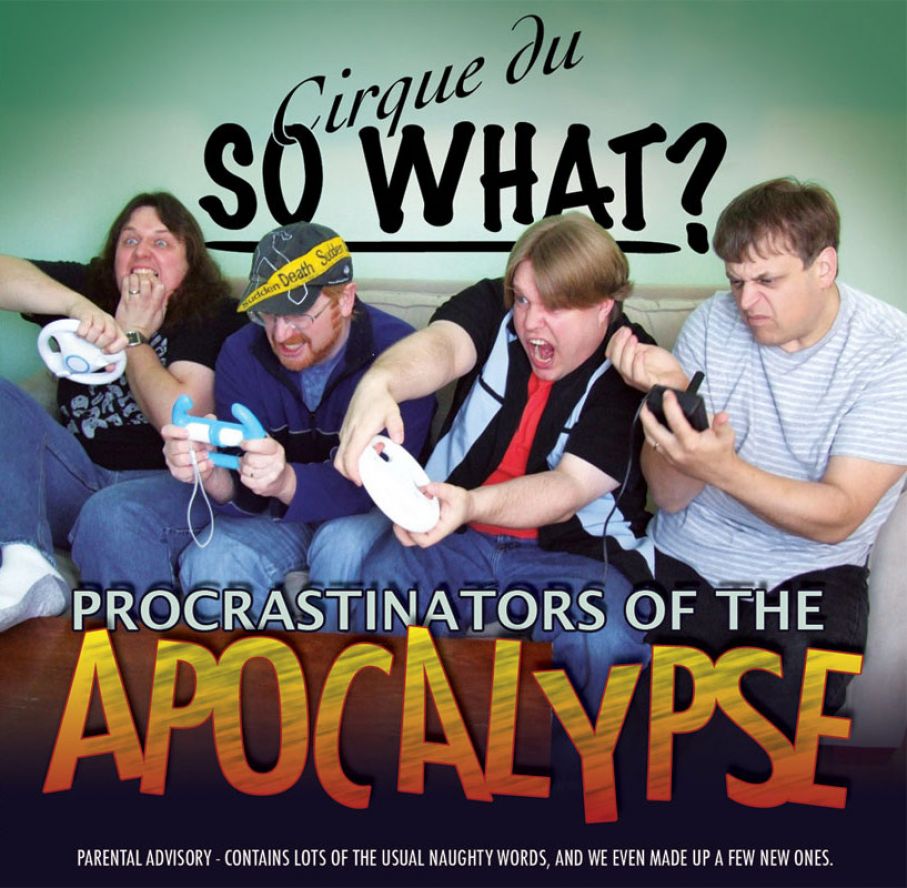 So I just spent an hour driving and listing to this CD. Is it stupid? Oh, god, yes, it's stupid. So very stupid. But is it funny? Yeah, most of it is damned funny. What the hell is it? Oh, well, it's a sketch comedy album from Shoebox of Worm Quartet, The Great Luke Ski, Devo Spice, and Chris Mezzolesta of Power Salad. And if you are familiar with these FUMP regulars, then this is exactly what you are expecting. Stupid. And funny. They've all had #1 songs on Dr. Demento, and now they do this. Should you listen to it straight through? Well, yes. Will it hurt? Yeah, probably.

The opening track is the only real song on the CD. It basically introduces the participants. Entitled "God Hates Comedy Musicians", it sets up what follows in a way. There are a couple of running gags, there's the "Guess the Context" tracks, some of which are funny, and there is the "TILE" gag, which is very, very dumb. Very dumb. But dumb funny. There is also a few Gilbert commercials done by Luke Ski which are pretty amusing.

So overall, the ones that made me laugh, enough to mildly swerve while driving, would be, "The Bible, an Audio Book", "Name Pitch Meeting", "The Track You Will Listen to Most on this Disc", Luke Ski Cereal", "Meanwhile...", and Bonus Track #2. Now, that is not to say the rest of the tracks failed in any way, cause they do not. However, after one full listen, those are the ones that I laughed at the most.

It may cost you a few brain cells by the time you are done, but this is a very worthwhile disc. It actually clocks in at one hour, six minutes. You are also sure to hear plenty of it on The Last Exit for the Lost, although there are a few tracks that I will likely never be able to play, like the rather silly, "A F*ing Room". There are also currently two songs available on The Fump for free, so there is no reason to not go over there and check them out. As for this project, you can stop over to their website and pick up a copy.