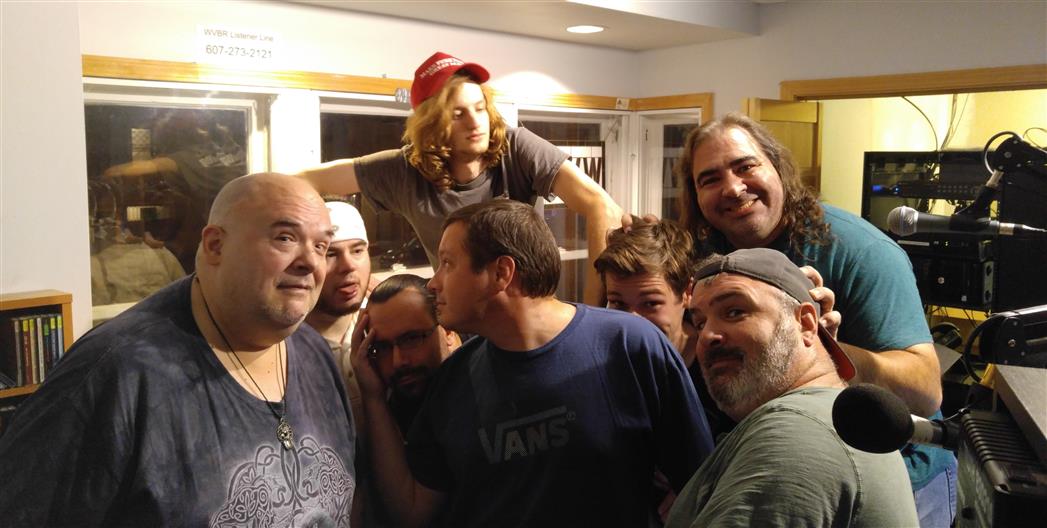 Present were, EVD, Nathan, Dylan, Tim, Eric, Just Joe, Justin aka Twelve Inch, Randy from The Metallic Onslaught, Sloth, and, Chuck. Chuck arrived, saying that there was something dark and ominous on it's way. And, he was right, because soon, Just Joe, Sloth and, Randy arrived, and, they all seemed to think that it was No Pants  Day. or, maybe, More pants Day, because, Just Joe had on a few pairs of pants, but went to just his underwear, Iron man underwear, at that! There was a lot of disturbing molesting going on. Azkath threatened to quit a couple of times, but didn't get to, because there were too many half naked men blocking his way. Azkath hit Randy really hard, and, Mandy emerged! Mandy was still looking to become a mom, and, once again, she set her sights on Nathan! This Mandy has appalling taste in men. Nathan screamed in horror, and tried desperately to escape, but, other people prevented that. Mandy said she wanted twins now. She had her way with poor Nathan, but, it didn't take very long. However, to Nathan, I'm sure it took an eternity! Nathan was severely traumatized, all he would say was, "Mommy. Mommy.". When Randy was back, he was also very disturbed that Mandy had made another appearance. He had no idea how that had happened. No one was more disturbed than Nathan, who I'm sure will never get over this. Randy said he was leaving, as did Sloth, and, Nathan. Finally, Azkath got Just Joe to put more pants on. Just Joe wanted every day to be No Pants Day, which everyone voiced strong objections to. We spotlighted musically first the year 1987, and then the year 1988. There were, songs, metal and comedy ones, and readings inspired by and about H.P. Lovecraft, as it would have been his Birthday if he were still alive. Azkath told Just Joe about a web site, www.ratemypoo.com, which was on a list of web sites no one should ever go to. Which, of course, Just Joe immediately did. However, it kept sounding like rapemypoo.com, which is what I first thought he said as well, which, as bad as the first way sounds, that's even worse! So everyone had fun looking for that site, it doesn't exist, but, I'm sure it probably will now, someone I'm sure got an idea. 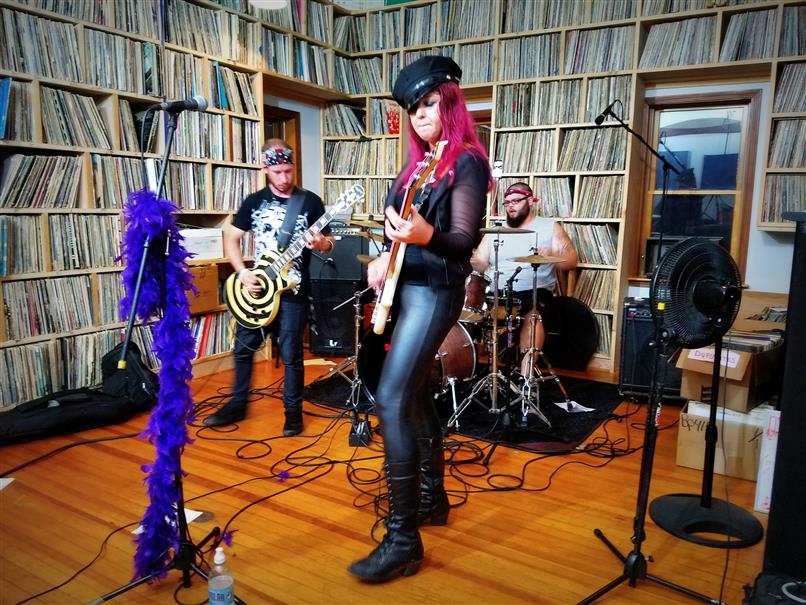 Present were, EVD, Nathan, Just Joe, Tim, and, Crappy The Clown, who later became one of his many alternate personalities, Vilified, then, later, Crappy, and then, well, not Crappy. The band Sucker was there for about the first half of the program. They performed a couple of multi song sets live. It sounded great, once again, a shout out to Nathan for doing such a great job running the sound. After their performance, the band was interviewed, it was their first time here, and a track from their CD was played. They are cool, suckerrock.com is their web site, which has all their links, facebook, youtube, reverbnation, and, bandcamp. We spotlighted musically the year 1987. The Person Formerly Known As Crappy The Clown Played a game which he has played here before, called Is It Legal, he had with him a toy gun that was made in 1987, coincidentally, which could do some pretty damaging shooting, and looked real, and asked if it was still legal to have. It had to be researched, I think the answer was mostly no. Tim picked out one of the musical sets from 1987, as he had for one of the years last week. It was on the glamy side, as you would expect from Tim, Azkath gave it mixed reviews. I loved it. There were segments of Movie Time, a Netflix series was talked about as well... 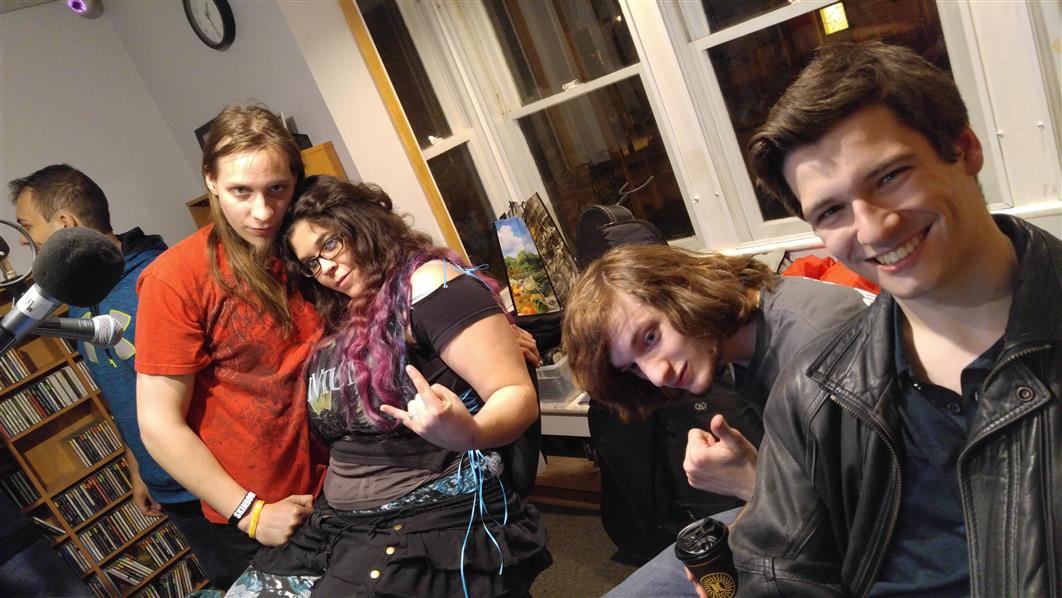