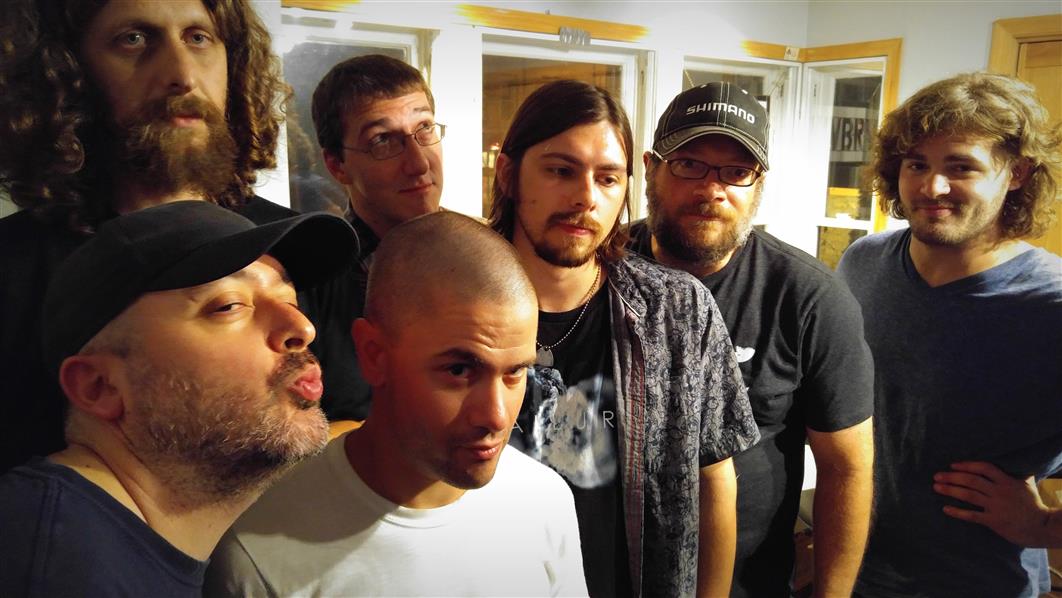 Present were, Nathan, EVD, Just Joe, Tim, Rob, and, former co-host and vocalist for the band Chamber Law, Dee. Three bands were present for about the first half of the program, Sanjuro Fields, Genitor, and, Jared Light. Jared performed live, and the other two acts brought up their CD's, from which three songs each were played. They are all cool, and you can find them all on Bandcamp and Facebook, among other places. Rob told us a bit about the two bands he is actively in currently, both his metal bands are on hiatus, but he is in a hard rock band, Stranded With A Kiss, and a ska band, Viva The Mayhem. Dee had no voice, she had a bad cold, but she still made her presence felt, especially by Just Joe, because they would ask her questions, and tell her to answer by punching Just Joe once, if the answer was yes, and, twice, if the answer was no. Poor Just Joe got punched a lot this night. Also, Dee killed Hatty, Just Joe's tin foil hat, which he is very attached to, just like he was to Cuppy, back in the day. Dee crushed Hatty up and stomped on it. At the end of the night, they threw the remains of Hatty away, and made Just Joe cry. We spotlighted musically the year 1997. There were segments of Movie Time, some TV programs were talked about as well...

Genitor "Cause a Scene" 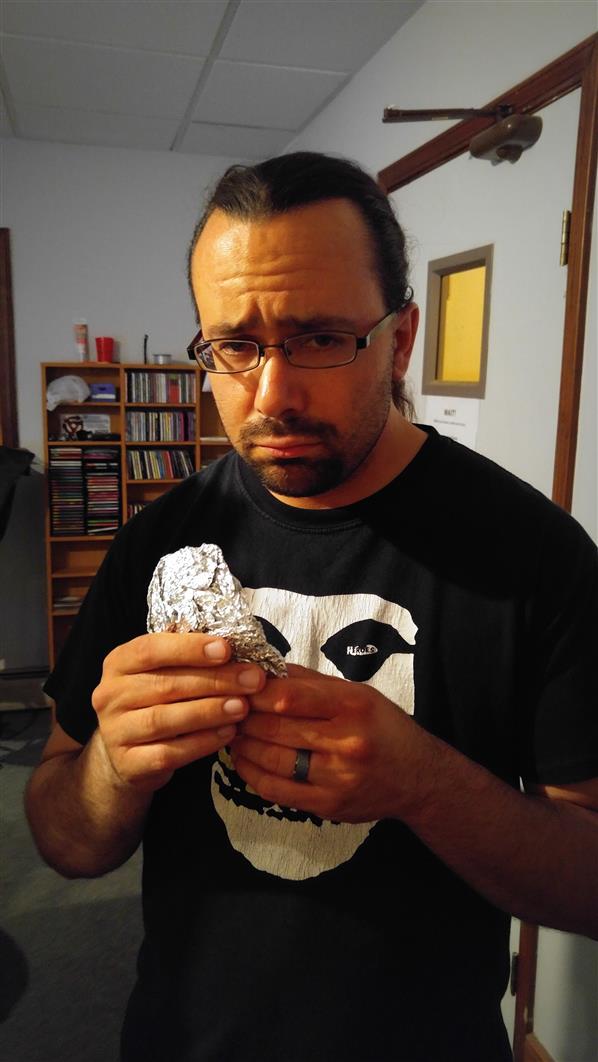