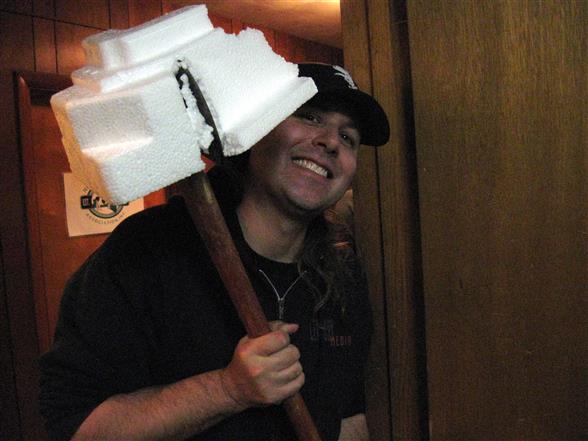 Tim is a regular on the show when he is in the area. He spends the better portion of the year in L.A. promoting bands, movies, and working in the entertainment industry in general. He has previously worked for Victory Records and Century Media Records and still hosts the Century Media Podcast. Beyond that, Tim LOVES romantic comedies, Glam, and Hard Rock. He despises action movies and Sci-Fi, but for some reason likes traditional slasher type horror movies.  He's a bit of a puzzle at times, but is a great addition to the show when he visits!

More in this category: « Just Joe Wingdingboatbottom I Justin (AKA 12 Inch) »