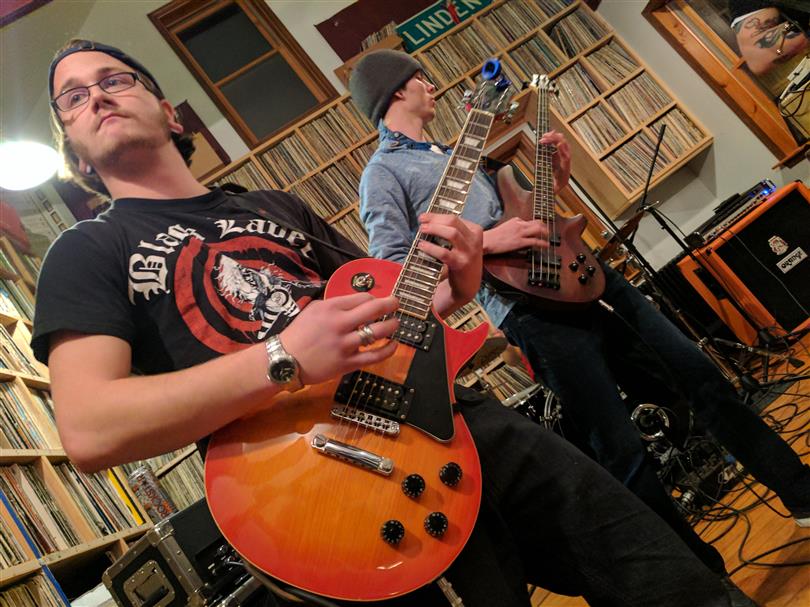 Present were, EVD, Nathan, Just Joe, Tim, and, Eric. The band The Good Left Undone performed live in The Performance Room. They were back again because, the first time they performed, a few weeks ago, they broke their snare drum, and had to cut the performance short. This time everything went off fine. They rock. And, again, thanks to Nathan for running the sound. You can find The Good Left Undone on Facebook. They are awesome. Later in the program, after proving he could fit in a fridge, Nathan had gone to get Just Joe a sandwich, and never came back, and he had Just Joe's bank card with him. Joe was not happy. Just Joe had received another box of spiders in the mail from Azkath and was not at all pleased with his gift. There were segments of Movie Time...

Legion Within "I'll be Glad When You're Dead"
Ash and Coal "The Eating Fire"
United "A.W.O.L."
The Ominous Circle "Heart Girt with a Serpent"
Synlakross "Billy the Kid"
Skeletal "Downward Spiral"

Shotgun Messiah "I Come in Peace"