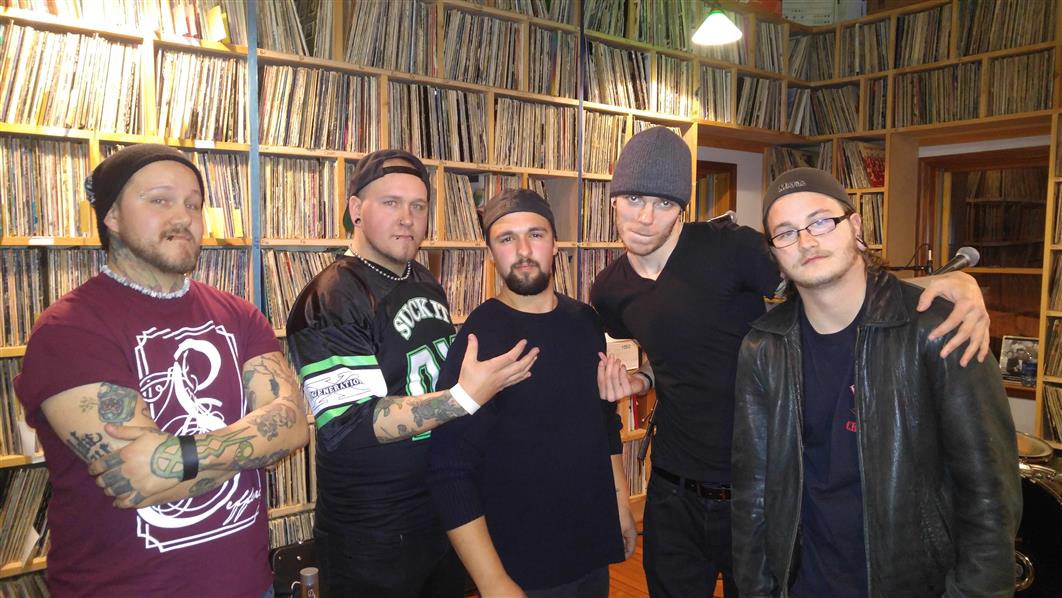 Present were, EVD, Nathan, Justin, Kevin, Rick from "The Metallic Onslaught", and, R.J.. It was a Tornado Tag Team Show, which meant that, for much Of The Night, sets would consist of a song pick from the people present. Everyone there got several picks, including mine. The band The Good Left Undone, which has a former member of Undead Messengers in it, stopped by. They were going to play five songs, all the songs they have so far, live in The Performance Room, but they broke their snare drum after the first song! They did manage to get two more songs out, but then decided they needed to stop. It sounded great until they had to quit, though. They are a cool band, and Nathan did a great job running the sound as usual. They don't have any of their music recorded yet, they will soon, so nothing from them could be played that way, either. They do rock. Rick and R.J. told us how "The Metallic Onslaught Big Birthday Bash Show", which they had just come from, had gone. It went very well. EVD got a creepy Back rub from R.J.. As we are two weeks from Christmas, throughout the night, sets of Christmas music were played, Christmas metal, and, comedy songs. toward the end of the night, some sets of good rock metal songs were played, bands like old Tesla, Dirty Looks, Badlands, and Dokken. There were segments of Movie Time, Nathan talked about a video game, and Azkath talked about a couple of books as well...

Assassin "Servant of Fear"
Birth A.D. "Kill Everybody"
Smashy Claw "Christmunks"
Chaos Mind "I Am Sorry You are Not Mine"

Bone Cage "Bag-a-Dees"
Take Two "Castaway - Live on the Last Exit for the Lost"
Kataklysm "Once... Upon Possession"
Cradle of Filth "An Enemy Led the Tempest"
Shotgun Messiah "Sexdrugsrocknroll"