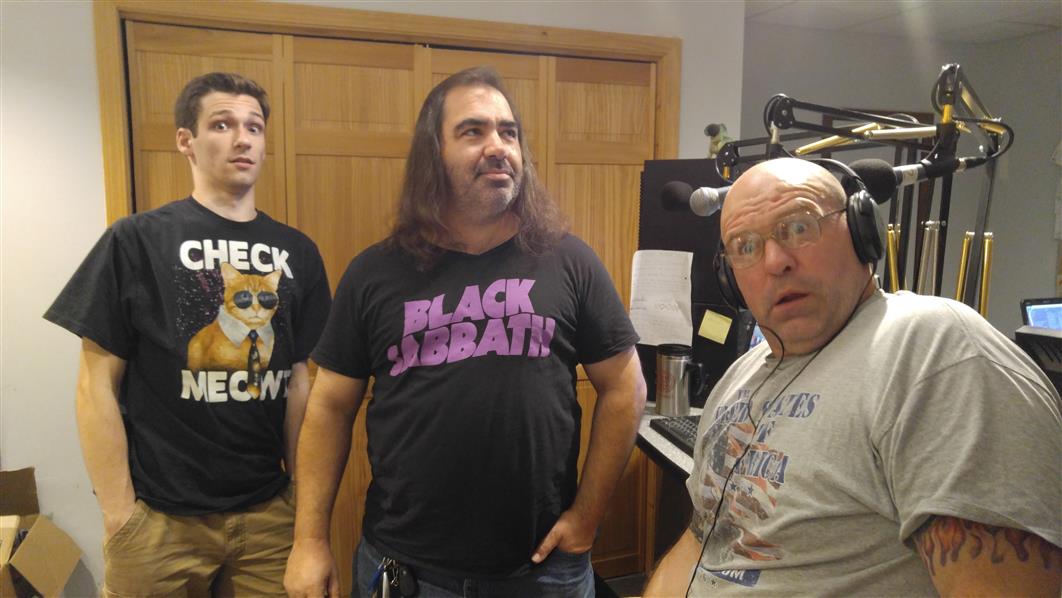 This LE fell on the exact date of EVD's eleventh year Anniversary, September eleventh 2005 (his eleventh Anniversary, on the eleventh, and, isn't THAT a fitting date for him!?). Happy eleventh Anniversary, EVD! Present were, EVD (good thing!), Justin a.k.a. Twelve Inch, although, we decided that, when he is absent, he loses an inch for each absence, and he had been absent for two weeks in a row, so he's down to ten inches, although, if he's extra good, he could gain them back, Just Joe, James, and, The Person Formerly Known As Crappy The Clown, who tonight was going by Mr. Oddz. As a treat for Justin, Azkath did a whole Old School Hour in vinyl. Rick from "The Metallic Onslaught", dropped by to tell us how The Finger Lakes Metal Fest Part Two went, it went very well. Funny stories, news items, were read. They kept sicking Just Joe on James, having him mercilessly keep poking and tickling him. EVD, being the Evil Villainous Dude, even telling him that there was a bellybutton lint bunny and toys hidden in his navel. There were segments of Movie Time, TV programs, and, Internet series were talked about as well. 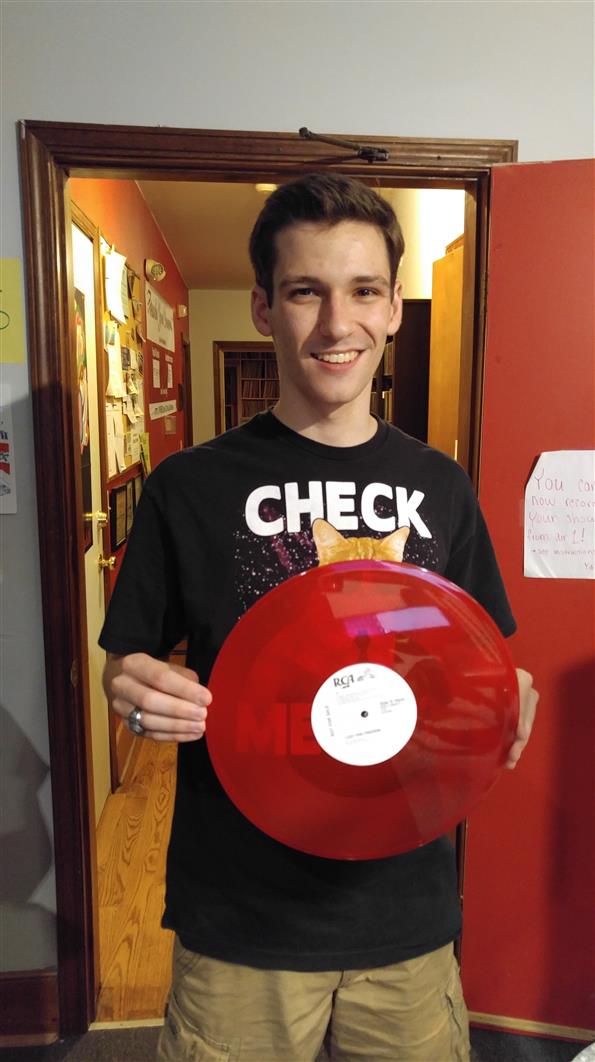