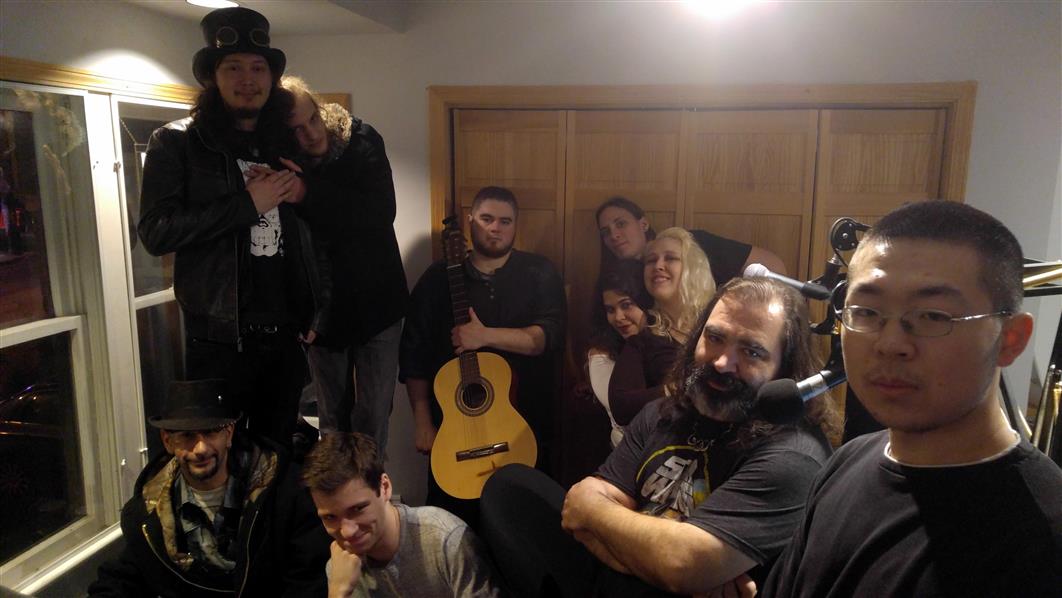 Present were, EVD, Just Joe (who has now been here a record breaking THREE weeks in a row, despite the fact that he insists he's been here every week), Nathan, Justin, a.k.a. Twelve Inch, who is reclaiming his role from Bi-Coastal Tim, Kevin, Eric, and, Olivia and Tim from the band Undead Messengers. Undead messengers brought us a brand new song of theirs's, which was played. It rocked. Nathan now has this Teenage Werewolf look going on, with a man bob. Last week, Nathan had gone off promising to get Just Joe a sandwich, and had never come back, taking Just Joe's stuff and leaving poor Just Joe hungry and sandwich less. And Just Joe takes his sandwiches very seriously, so this was a big deal for him, it set him back for the entire week. Nathan claimed he had fallen asleep, but that's not nearly a good enough excuse! So, as revenge for this misdeed, Nathan got stabbed repeatedly with forks by Just Joe, and almost everyone else there. By the time it was over, Nathan was leaking a lot of fluids from all over his body. That'll teach him not to forget something as important as a sandwich ever again. Nathan did however help Just Joe fix his car this night. He snaked a computer cable all up in Just Joe's under carriage, so, between that, and the forking, I guess they're now even. Azkath played a set of songs that all had something in common, and had everyone there try to guess what that was. No one did. It was the subject matter, they were all about how stupid it is to blame music for people committing suicide. Azkath played a track from Def Leopard's Pyromania, as this week marked the thirty fourth Anniversary of it's release, he played a live version of "Rock Rock 'Til You Drop". Just Joe and Nathan found something in the basement. They discovered James down there. Now, we haven't seen James in a long time, and this explains that. Apparently, we started a game of Hide And Go Beat with him... And then forgot to look for him, he's been locked down there for close to a year now. Because Just Joe and Nathan found him this night, they gave him the beat down. He didn't put up much resistance. He now has a long beard, and doesn't smell very pleasant. They left him locked in there. Azkath pointed out that you might say James has become hermit like, living in a cave, and that hermits have been known to possess wisdom, had they tried to get him to impart any wisdom? They said that he hadn't had anything useful to impart, but added they hadn't asked him until after giving him the beat down, perhaps if they had done it beforehand, he might have had something more wise to say. There were segments of Movie Time, some TV programs were discussed as well... 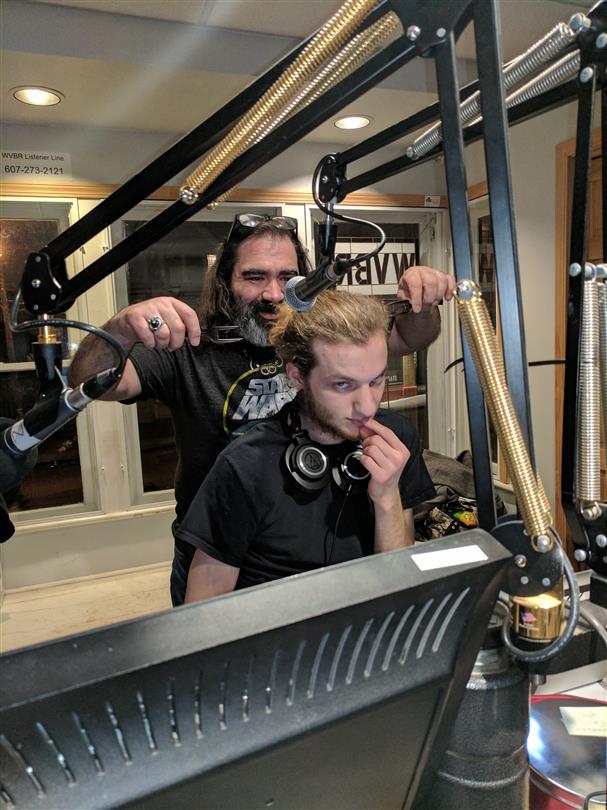 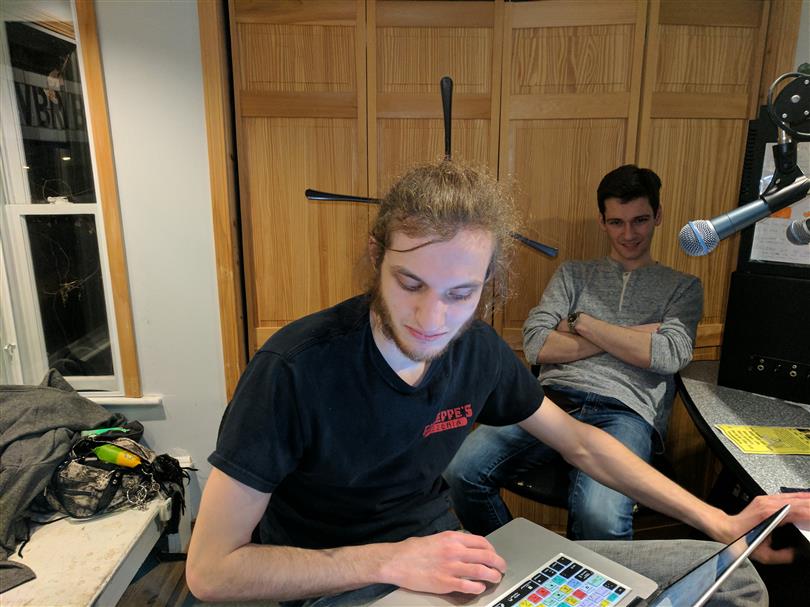