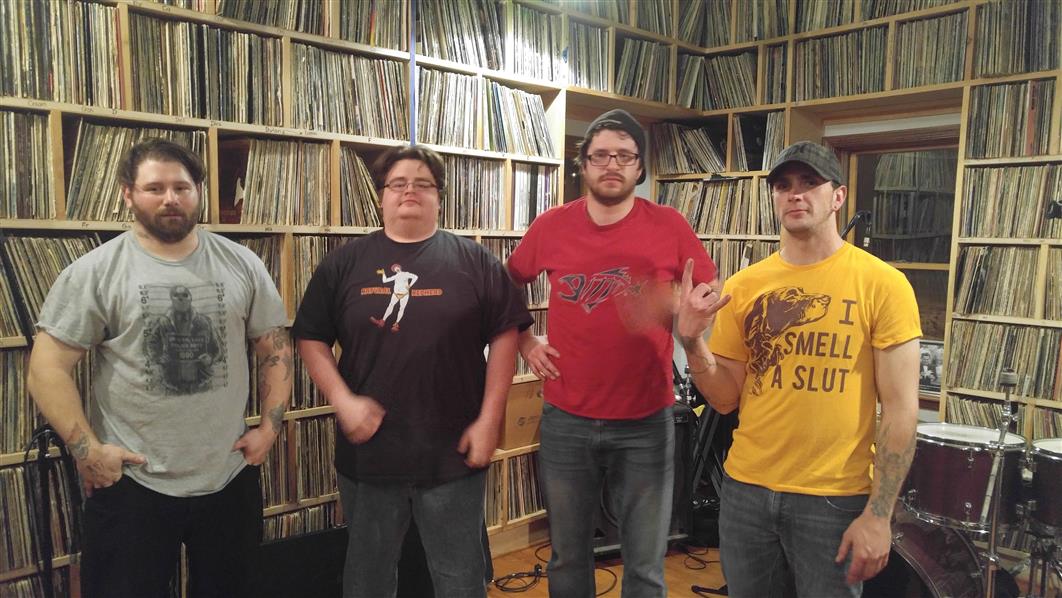 Present were, EVD, Just Joe, Nathan, Bi-Coastal Tim, who is playing the role of Justin in Justin's absence, or a.k.a. Twelve Inch, which I'm sure is something new for Tim(!), and, R.J.. The band Born In Blood performed five songs live in The Performance Room. They rock! As usual, thanks to Nathan for doing a great job running the sound. After their performance, the band was interviewed, we were introduced to their new bass player, and they updated us on all things concerning their band. They are awesome, you can find them on Facebook. Just Joe did not like his Christmas present from Azkath, a box full of spiders that he had mailed to him. This was discussed. There were segments of Movie Time, TV programs, Internet series, and, a book were discussed as well...

Ashenspire "Speak Not of the Laudanum Quandary"