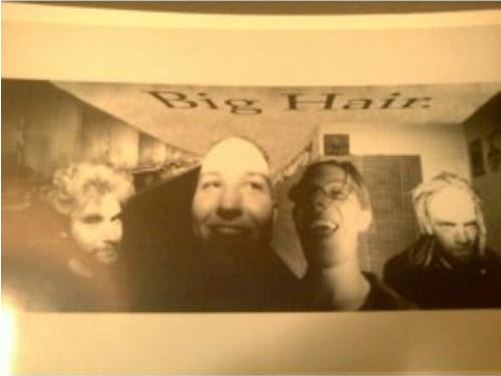 Big Hair were from Rochester, NY. They had a pretty hard to describe sound, that included Primus, Punk, a Fiddle, and just some general strangeness. PJ's Pig Roast was an event that occured, I believe, just outside of Rochester. I don't know how many years it went on for, but I seem to remember a lot of pretty awesome local bands performing. This was Big Hair's performance from 1993. Big Hair was Tom on Guitars, Obadiah on Fiddle, Andrew on Drums, and That Tod Guy on Bass and Vocals. Putting this up now in memory of Tod, who passed away on February 20, 2015.