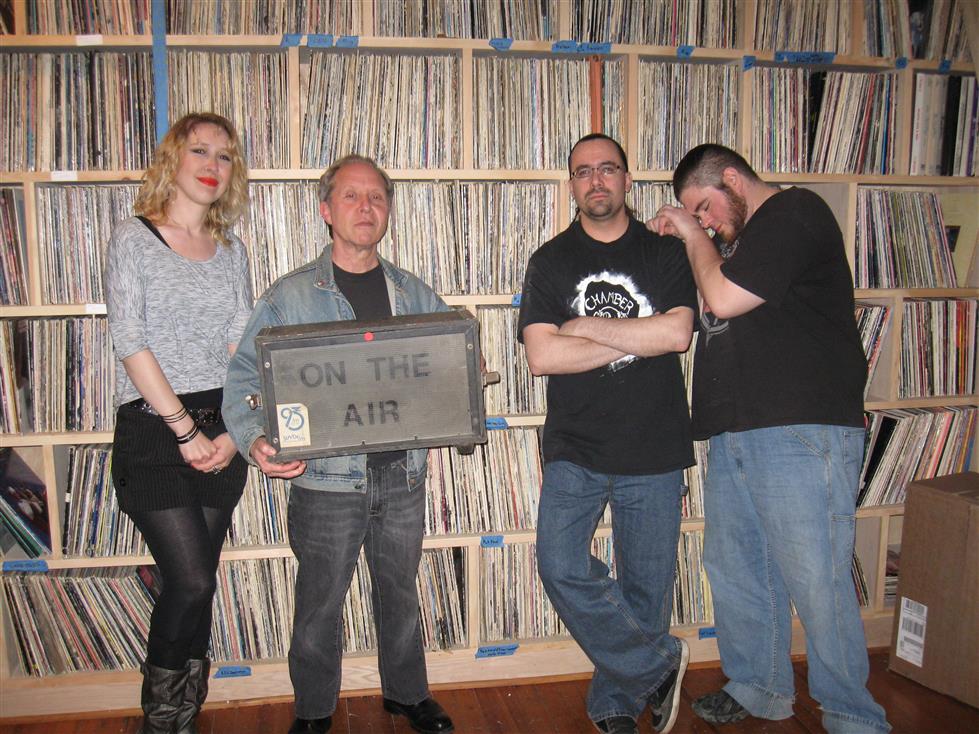 Present were, Eric, Tim, and The Person Formerly Known As Crappy The Clown, sorry, Prince, and who will someday be known as that again. At 2:00, the band Meka-nism called in for an extensive interview, bracketed by songs from their EP. They are very cool, www.meka-nism.com is their website. There were two segments of Movie Time. Last week, which had been The Tornado Show, where everyone present got to pick their favorite songs all night, so the final hour was not The Old School Hour, as it usually is. This week, the last two hours were all old school music, and old school stuff that had rarely, if ever, in some cases, been played here before. Very cool...

Below you can find some pictures of what was to be the new WVBR studio. Azkath was given a tour during the week and took pictures. I thought I would include these here so you can sort of see a before and after type of thing...

GWAR "Eat Steel"
The Smoking Hearts "Apefight"
Nekromanteion "Yo Pecador"
Dr. Know "Into the Void"
Entartung "Faith on the Scaffold"

Punch Drunk Monkeys "Mr. Softy"
Rychus Syn "In What We Trust"
Silence of the Old Man "Tiempo De Miseria"
Until Dawn "Strings of the Damned"
Lionheart "I Am Forever"
Revenge "Crazy Nights"

Virgin Steele "Through the Ring of Fire"
The Gathering "Travel"