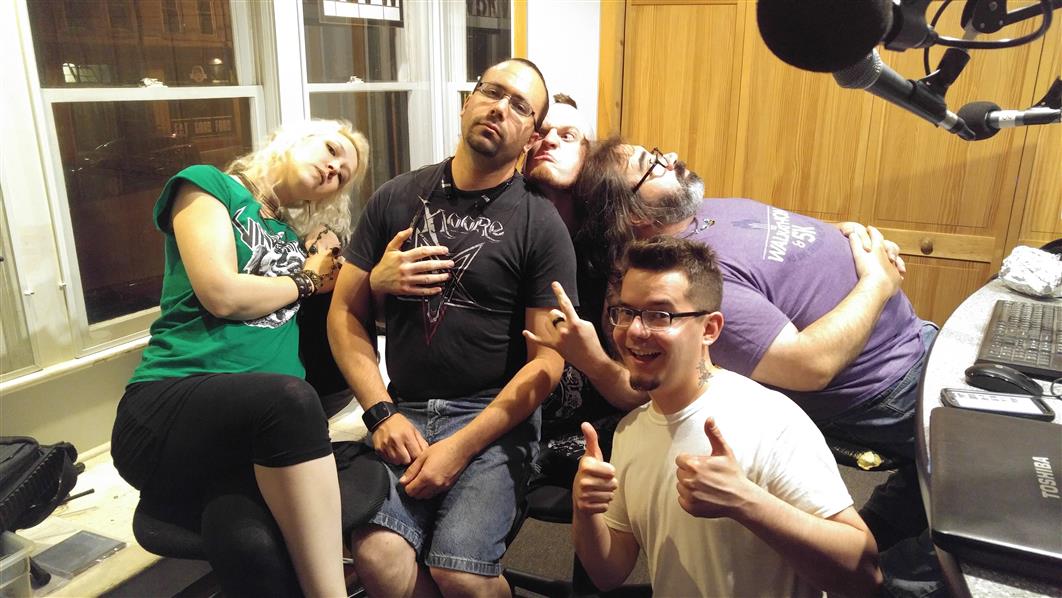 RJ and his new bandmate, Dustin, stopped into the show to update us on a couple of bands. One, Finger Lakes Metal Fest was the last show for Thirteen South. At least with RJ. It is unknown if the band will continue. Never the Voiceless lost Chano as their vocalist, so Dustin and RJ have joined with them, and formed a new band called, Rip Open the Sky. They didn't have a band name yet as of this broadcast. They talked about how The Finger Lakes Metal Fest went the week before...

We did a Tribute to Nick Menza who had passed away during the week, and we included a song from the band Mechanism, the lead guitarist of which did the last ever interview with Nick (linked below).

We did a Tribute to 1990, and also introduced a possible new segment called Story Time...