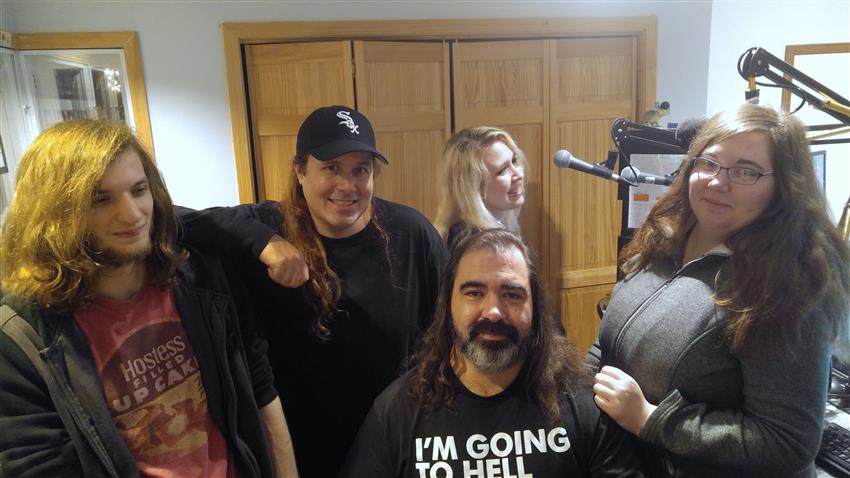 This LE fell right on Christmas Day, which only happens every five or six years, depending on The Leap Year. So, of course, it was one of our twice a year We Love Satan Shows, the other one being on Easter Sunday, of course. Present were, EVD, Nathan, and, Bi-Coastal Tim. EVD and Tim were acting very strange, I know what you're thinking, how could you tell, right? But not like their usual selves. They kept wanting to hear Christmas music, getting more and more insistent about it, and demanding to hear Stryper. And, EVD wasn't on his computer, totally absorbed in video games, like he always is, and, his beard was oddly white, almost like Santa's, and both he and Tim just kept staring. They kept insisting that Azkath play Stryper, he kept refusing, but finally gave in and played it. And then we found out that this had all been the work of Satan, who had possessed both EVD and Tim. Well, he is and does evil, and, what's more evil than Stryper, after all!? After Satan told Tim that, as a result of the possession, a part of his body, he didn't say which one, might or might not turn inside out. After Satan had departed, Nathan started acting very strange. I know, again, how could you tell, but he seemed to be trying to solder his orifi shut! By the end of the night he appeared to have soldered one ear shut, and, well, let's just say that the last thing he said was that he needed to poop, and they told him good luck with that! So, it would appear that Satan messed up Nathan, even more than he was already messed up. There were segments of Movie Time, and, of course, this being a We Love Satan Show, most of the music was for and about Satan, but there was some Christmas music, too, all throughout the night, Last Exit style Christmas, weird, disturbing, or funny music, or, Christmas metal. And, so, thus went our special We Love Satan Show it only happens every few years, the Christmas Day one.